Clean Air Zones: How Could They Affect Your Employees?

There’s no denying that the environment we live in is changing rapidly.

Global temperatures are rising faster than at any time in recorded history, whilst the air we breathe in some of our largest towns and cities is now becoming so heavily polluted, it’s seriously damaging our health.

Research has discovered that every year in the UK, air pollution plays a huge part in the deaths of over 29,000 people; mainly through exacerbating existing medical conditions such as cancer and diabetes.

However, what’s more worrying is that it’s likely that over 60,000 people a year in the UK die as a direct result of long-term exposure to poor air quality or emissions from human-related activities. To put this into perspective, around 78,000 people a year die from smoking.

This isn’t a problem confined to the UK, either.

Globally, the World Health Organisation believe that poor air quality is responsible for killing over 7 million people each year and, if left unchecked, it’s believed that within 20 years, air pollution could trigger a global climate crisis.

Global concerns over the consequences of poor air quality in densely populated areas is one of the reasons behind the Government’s decision to introduce new Clean Air Zones. The new zones will be introduced in some of the UK’s biggest and busiest towns and cities with the intention of making the air less polluted and reducing vehicle congestion, too.

So, cleaner air for us all to breathe and potentially reducing traffic on the roads, too – both good things for everyone! But how will they work, and who will be affected?

PUTTING DIESELS IN THE DOCK

As part of a long-term strategy to improve air quality across the country, The Government is looking to reduce the number of older and more polluting vehicles on the road.

This includes diesel cars; which, whilst extremely fuel efficient over long distances, are far more polluting than modern ULEV, hybrid and electrically-powered counterparts – especially in the stop-start traffic of towns and cities.

Diesel vehicles are however immensely popular with consumers, especially for those who regularly travel long distances. In fact, it’s estimated that there are around 12.4 million diesel cars going up and down the roads and motorways of Britain right now. But those numbers may soon be decreasing rapidly.

The introduction of the new Clean Air Zones (CAZs) is The Government’s effort to kick-start an immediate improvement to air quality – in addition to their long-term strategy - in areas of the UK that exceed European legal limits on air quality.

London and Glasgow are two of the largest British cities that already have established CAZs, but from late-2019 onwards, The Government has proposed that 5 other major UK cities will also introduce mandatory CAZs. These will be Birmingham, Leeds, Nottingham, Derby and Southampton.

Like London and Glasgow, drivers of diesels or older, high-polluting vehicles entering the new CAZs will be charged for the privilege. These charges will be issued via automatic number plate recognition (ANPR) cameras that will track vehicles and check their emission ratings.

From an environmental point of view, the introduction of CAZs are going to be a long-term benefit for everyone – especially the environment! But for businesses inside the newly proposed CAZs, they could lead to a few immediate problems.

THE RISING COST OF COMMUTING

Commuting is part and parcel of many people’s weekday lives, with many choosing to travel to work by car as opposed to public transport or pedal power.

Whilst many of the larger cities – Birmingham and Leeds for example – have strong public transport infrastructures in place, it may be the case that ditching the car and using public alternatives might not be feasible for many workers. Especially those who need to commute from outside these areas or long distances.

It’s also the case that the cost of public transport has been consistently rising above the rate of inflation, and this is a problem not just confined to the big cities such as London. For people who regularly use public transport, the cost of simply getting to work may become one of their biggest regular outgoings.

This could become a real problem for employees who work inside the new CAZs.

Whilst many of the new CAZs will mainly affect commercial vehicles and private hire cars (such as taxis) to begin with, the zones are expected to encompass most or all private vehicles in the future if proven a success.

Those who drive older or more polluting cars, or perhaps rely on public transport, may find that the cost of their commute becoming unsustainable. Your employees may love the job they do or the company they work for, but if they’re essentially having to pay for the privilege of simply working every day, it might be the case they’ll look to take their skills elsewhere.

Luckily, there are a few things employers can do to help the employees who may be adversely affected by the new CAZs:

Ask yourself the question: Is it essential that staff members need to be at work to do their regular duties effectively? If not, then why not allow them to work from home or choose what work-space best suits their working style?

Offering flexible working is not just a benefit that can save your employees money on their commuting, but it can also support a healthier work-life balance and have a positive impact on the bottom line of a business, too – not bad, right?

For those who want to get to work under their own steam, getting on a bike doesn’t just help save on those fuel costs; they can also improve the health and wellbeing of your workforce.

If you have employees willing to saddle up for their commute, consider making your place of work more bike-friendly; with areas where they can store their two-wheeled chariots and perhaps offer facilities where they can get changed easily on those wetter days.

Going further still, offering a bike through a salary sacrifice arrangement is a great way to encourage cycling as they give your employees access to brand new pedal or electrically-powered bikes. But a good bike scheme isn’t just good for employers, though.

For those forward-thinking organisations who embrace the benefits of riding a bike, savings of up to 13.8% in National Insurance can be had. So, not only are you helping save the planet and save your employees money, you’re also doing your bit to reduce the outgoings of your business. Nice.

For your employees who need the dependability and convenience of a car, a salary-sacrifice-based car leasing programme can give your staff the opportunity to upgrade to a brand-new ultra-low emission or electric vehicle. These would be exempt from the CAZ charges and would be something which privately, they may not be able to afford.

Also, offering ULEV or electric cars as a salary sacrifice benefit means payments for the vehicles go out before tax and NI is deducted from their wages.

This is great news as your employees would get more for their money, while the tax man gets a little bit less of their hard-earned cash. And your organisation doesn’t wouldn’t miss out either; benefiting from a reduced NI bill at the end of each year. Sweet!

THE CLEAN AIR ZONES AROUND THE UK

So, we’ve looked at what CAZs are and how they may affect your employee’s regular commute – but here’s the important bit: Where are they and what are the key factors people should know?

Well don’t fret! We’ve put together a handy infographic that details all the existing and newly proposed Clean Air Zones across the UK as of June 2019.

We’ve also included links within the infographic to specific information you might also find useful.

Oh, and the bets part? It's free for you to download and keep! 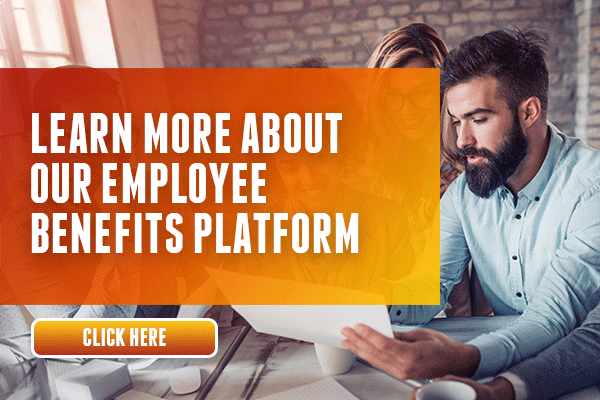