Believe it or not, the likes of Ariana Grande, Jay-Z, Adele and Ed Sheeran can teach us a thing or two about audience segmentation! Having sold billions of albums combined, they’re music icons, and their people have mastered the art of segmentation. So let’s see what we can glean from the music industry to make sure we’re producing segmentation smash hits.

Rule 1: Expect the unexpected with segmentation

You’ve probably heard it to death by now, so it shouldn’t come as a surprise that audience demographics in the 21st century are so much more complicated than simply dividing everyone by age or gender.

From Daft Punk to the Beatles and everything in between, music is a great example of a product which appeals to a huge variety of demographics, and makes connections between people who may otherwise have had nothing in common.

Today it’s easier than ever to share your interests with others.

Whether this is live streaming from your favourite artist’s gig, linking to new albums on your Spotify account, or even just downloading new tracks from iTunes and sharing the link on social media, the music industry successfully reaches people from every walk of life. But it’s not all about the digital downloads. 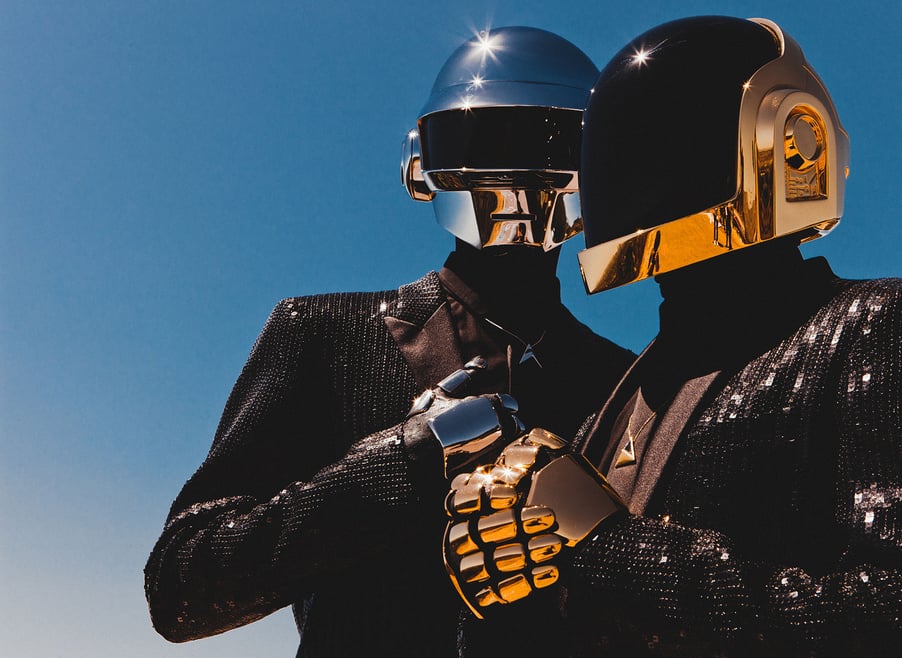 While social class may be the dominant influence in the UK in terms of demographics, it's far from the only segmentation type.

Age groups remain very important, increasingly becoming incorporated into social class- but marketeers must look to combine this information to get a clear view of the psychographics relevant to them.

In our most recent ebook on how to inspire customer loyalty using audience segmentation, we explored the world of data, demographics and segmentation.

Now, let's take a look at the different demographics at play when it comes to a psychographic focus on people that enjoy music.

Earlier this year the BBC reported a 25-year high in the sale of vinyl in the UK. While this is pretty surprising, further information has shown that the generation buying these records is not the one you’d expect.

This very traditional music medium was the most popular within the 25-34 age bracket– those who didn’t necessarily grow up with the form - so we can’t put it down to a nostalgic purchase.

Further proof you can’t judge a book by its cover, The late, great Christopher Lee was a notable fan of heavy metal music, going so far as to release a pair of metal albums when he was well into his 90s. Not quite the music tastes you would expect from the 93 year old quintessential gentleman!

Segmentation is a difficult balance. It’s important that segments are specific enough to be relevant to the customers within them, but having too many means your resources may be stretched too thinly by trying to reach all of them.

It’s important to ensure that your segments are different enough to be distinct from each other, and large enough to be worth targeting.

But what else can marketers from the music industry?

Rule 2: A human face is best

As far as we know (thanks to the blue tick proving it’s a verified account) Ariana Grande, Beyoncé and Taylor Swift all have a hand in running their own Instagram accounts.

Often seen commenting on current events, as well as giving their audiences glimpses into their private lives and other interests, the platform provides a great space to promote their music to their fans on a personal level.

But how do you make this work for your brand?

One useful method for understanding complex, intersectional audience segments (try saying it) - as well as putting a more human face on these groups - is to use customer personas.

Personas use all of your data and research - as well as a bit of imagination - to build a picture of your ideal customer. Who are they, what do they want, and how will they engage with you?

Our own research has shown that targeted marketing is a fairly divisive issue, with just 38% of all respondents to our survey saying they liked it. For younger consumers, more obvious targeting is more acceptable.

However, offers should be relevant, but not so niche that it feels like they’ve lost the ability to make a personal choice -  that’s only likely to make people disengage with a brand.

Interests are the defining factor when it comes to psychographics, so whether this is music or your brand, the importance of creating customer personas to build a more holistic image of your customers can’t be underestimated.

Some of the biggest selling albums of the last decade such as Adele’s 25 or Ed Sheeran’s X and ÷  have had some incredibly simple album titles. But  with sales topping well over 1.4 million in the first week alone, the formula obviously works!

Much like these artists, you should keep your messaging simple.

Whatever the demographics or interests of your target consumers, they'll need focused and continuous engagement if you’re going to ensure retention and loyalty.

And interests are particularly important - 31% of those surveyed said that interests and hobbies was the characteristic they felt gave them the most in common with others.

When it comes to the delivery method from your brand to your customers, email is still the favourite method of delivery.

One important thing to remember is that, no matter how you’re reaching people, it’s essential that communications are always easy to digest.

But you should also remember reaching people across all channels is less important than ensuring that the channels you use are relevant, using rich and engaging content that gets the best possible results.

Musicians have always engaged woth their fans. Whether this is through exclusive gigs, early release of albums, or even surprise appearances, as the internet landscape has changed so too has the way artists can reward their loyal listeners.

According to Harkable.com, who listed five of the best social media campaigns in music, One Direction created a fully immersive thank you campaign for their loyal fans…

Before embarking on their hiatus, One Direction set out to deliver a campaign that placed their fans at the heart and showed the band was truly unified. Put simply, they wanted to say “thank you” to their loyal fans.

Partnering with Google, the band built a mobile site within Streetview that delivered 14 days of surprise interactions leading up to release. Items appeared daily in the Made In The AM space (a fictional room shot with a 360° Google camera). Fans moved about the space to find new items which, when clicked, delivered exclusive IGs, videos, images and audio. Once inside, fans were able to share content tagged with #MadeintheAM to boost campaign visibility.

How does this apply to your own brand’s loyalty programme? Different rewards for different demographics of customers are a key way forward for brands wanting to engage people on all levels.

Just some ideas for your audience may be:

Hopefully a picture should be emerging as to how you could potentially segment consumers based on simple demographic and psychographic deductions and preferences, using different tactics to reach multiple customers in a way that's most likely to inspire loyalty.

Marketing can learn a lot from the music industry - both are leading the way in engaging with consumers in a constantly changing landscape.

The way people interact with brands now is very much of the moment, and whether the platforms change or the technology becomes even more like something out of a sci-fi movie, one fact will remain the same: consumers want to be spoken to and treated like people, not just stereotypes.

We’ve touched on just some of the ways we can learn from the music industry when segmenting your audience, but if you’re looking for something a little more comprehensive, then download our new ebook below.

As well as giving you some customer persona examples, it shares our research into what people across the UK really think about marketers who know a little bit more about them...