Leveraging digital to spark engagement and get bums on seats

Brands can drive some serious sales revenue by working with producers and movie theaters...

Promotional marketing forays that bring together brands, producers and movie theaters are common practice these days. That's why we're exploring its power to drive head-turning sales revenue in our latest blog.

These collaborative projects breed opportunities for marketers to expand their reach, tap into the power of cinema and use it as a way to deliver campaigns and communications that influence consumer behaviour.

Filmology continues to design and launch some pretty spectacular sales promotions. Some with cinema vouchers to see any film, many aligned with some of Hollywood’s hottest properties.

But this is only the tip of the iceberg.

Everywhere you look you’ll find hook-ups like this. But what should marketers be doing to set their campaigns apart, raise the bar and get bums on seats?

Clicking below is a great way to begin...

We recently looked at how brands like Orange (now EE) and Compare the Market have successfully channeled cinema to reward and motivate loyalty.

The triumph that was Orange Wednesday brilliantly demonstrated the impact cinema discounts can have on consumer activity.

The initiative’s influence was so prominent, that it installed Wednesdays as the most popular day to go to the cinema outside of the weekend!

Cinema’s blockbuster role in consumer marketing is diverse. But no matter the approach, overall success relies on finding ways to engage audiences, coax them away from home-streaming sites and showcase the experience of cinema in the best way possible.

Brands have had to sharpen up their digital skills fast in order to get the most out of their marketing, and things are no different when it comes to cinema related campaigns.

So let’s take a look at some of the ways technology is being used to drive footfall at the cinema, and activate and energise modern promotional marketing.

Our recent review of the Mintel Cinema Trends Report gave us a lot to talk about.

Consumer behaviour has changed in and out of the movie theaters.

Trailers and reviews may still rule the roost when it comes to choosing which film to watch - but there are other key influencers that lead to product or ticket purchase.

After all, the consumer will meet multiple touch points along their path to purchase. 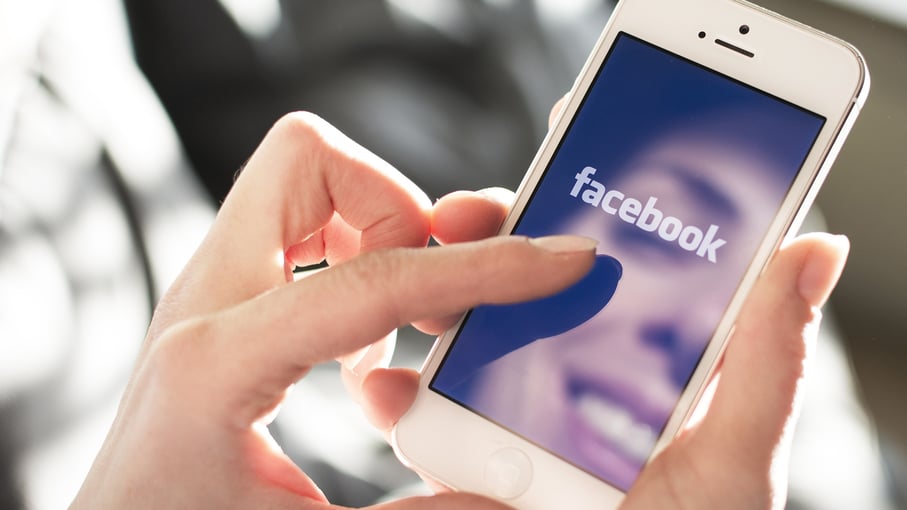 The average person spends more than 50 minutes of their day on Facebook alone and ‘sharing views and experiences online is second nature to most’ (Mintel).

This becomes ever-more apparent in Mintel’s Report, which suggests that 56% of consumers would share their views on a film in exchange for a free ticket.

What’s more, Millennials now account for 29% of cinema ticket purchases (Movio) and it’s no secret that they’re the dominant force on social media.

So that’s where brands need to be - especially if their promotion is aimed at a younger demographic.

The demand for discounted big screen viewings is definitely there, but how can you channel this prior to a film’s release date - before anyone has even seen it?

There is an audience ready, waiting and willing to send campaigns viral. Taking it digital will enable you to create posts and stream content that’s relevant to your promotion.

We’ve already seen brands and film producers innovating and capitalising on social media with Paramount Pictures releasing the first Hercules film trailer via a Twitter Q&A with Dwayne Johnson and other notable promos premiering on Snapchat.

‘Share for a chance to win’ competitions (and similar formats) perform well on social media, given the right circumstances and enough perceived value. And smart marketers will turn to hashtags to amplify their content and give it an identity.

However, Facebook and Instagram Live and Stories have changed the game somewhat. When we talk about social, you need to be agile. Creativity is the ultimate differentiator.

So get your thinking cap on.

Increasing integration of 3D, AR and VR into the mainstream space has marketers excited about their potential practical applications. We know that uptake hasn’t been without its hurdles and hiccoughs. But the same goes for most new technologies.

Adoption takes time. And yet brands who can get ahead of the curve and find unique, immersive ways to build hype will encourage consumers to interact with their campaign.

Since then we’ve seen brands and production companies experimenting more and more with 360° videos and Virtual Reality headsets like Oculus Rift with mixed results.

Those who’ve nailed it have seen big results, and as Chris Milk founder of VR production company VRSE.works told Wired back in 2016, “The potential for storytellers is amazing.”

Storytelling isn’t a ‘nice thing to have’ - it’s the lifeblood of effective marketing campaigns and VR brings a whole new means of communication. It can be used to complement your campaign and add a different dimension to the way you attract an audience.

“Studies have shown that this technology can be an incredibly powerful emotional engagement tool. There’s a widely held belief that VR [and AR] have the potential to increase empathy, which in turn could result in a deeper, more authentic connection with audiences.”

Brands who partner with specific filmmakers can offer exclusive virtual previews, interviews and shorts of the movie to consumers who engage with the promotion. Whether that’s via competition entry, social sharing and/or product purchase.

The likes of Pokemon Go have revealed just how much of an intense, instantaneous burst of excitement and engagement this technology can create.

This year we saw Despicable Me’s fan favourite Minions invading our smart phones ahead of the film’s release.

The popular animated characters featured in three separate Snapchat Lenses - including one of the first sponsored outward facing “world lenses” sold by Snap.

“The augmented-reality campaign is aimed at pushing Snapchat’s predominantly Gen Z and millennial user base into theaters this coming weekend.”
TechCrunch

An interactive approach like this can boost the consumers’ awareness ten-fold and leave a lasting impression on targeted audiences. It encourages user-generated visuals and causes users to directly associate with the film content they’re sharing.

If you’re launching a straightforward sales promotions with the aim of driving increased purchase rates, AR can provide you with an altogether different approach...

“QR (Quick Response) codes are starting to pick up steam among the growing smartphone-browsing crowd – a statistic that has marketers brimming with creative ideas and promotions.”

These small matrix barcodes can be printed on the inside of product packaging and scanned by consumers following product purchase.

Participants are then be taken directly to a web-page where they can claim cinema tickets, premiere passes, discount confectionary or any other cinema-related prizes on offer.

Living up to the spectacle

Fast-emerging technologies are transforming the way marketers reach their audiences.

Digital is no longer a luxury, it’s a necessity. And for those involved in film and cinema promotions there’s plenty to think about.

By taking inspiration from other industries and putting your own creative stamp on strategic campaigns, you can share and communicate the spectacle of cinema in ways that turn heads and motivates valuable engagement and ROI.

Are you ready for the game to change? Click below to learn more.

The ball's in your court...