Why getting consumers involved in promotions creates impact

It's time to truly empower our audiences.

It's no longer about completing tiebreakers or spotting the ball - brands have to become more innovative in how they engage people.

In a world where consumer power has grown exponentially, it makes sense that brands are increasingly involving their audiences in marketing campaigns; after all, who wouldn't want to know what consumers really think of their brand and promotions? Here we look at how brands are already doing this...

Walkers is responsible for creating arguably one of the most successful interactive marketing promotions with its Do Us A Flavour campaign.

Born of Walkers’ desire to reverse the decline in sales of new flavours of crisps, the brand turned its usual marketing approach on its head and invited consumers to dream up and submit new flavour ideas. Six finalists were selected, and the crisp brand manufactured and launched their suggestions. The nation could then taste the creations and vote on which one should be permanently added to the Walkers’ range. 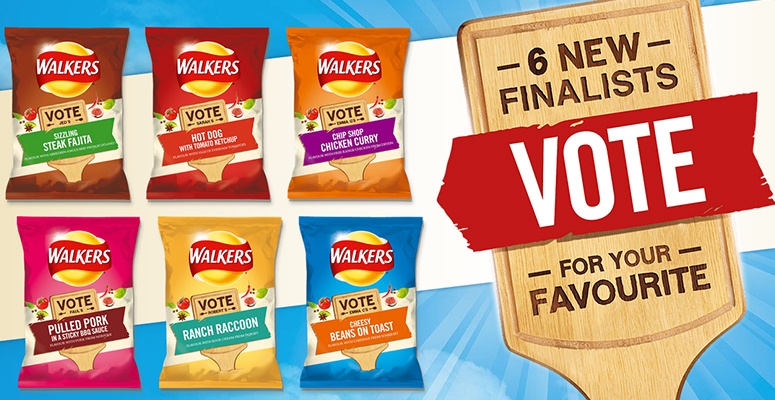 Kudos and cash lured the public in…

In 2008/9, Builder’s Breakfast triumphed as the winning flavour crisp, picking up 232,336 votes.  It was the brainchild of a lady from Derbyshire, who was not only incentivised with the kudos of creating a new flavour of crisps, but with a £50k prize and 1% of all future sales of that flavour.

The 2008 campaign engaged the public for almost a year and saw some impressive results:

In Walkers’ case, the prize seems very generous given the relatively minimal effort required by entrants, and the promotion clearly appealed to many people.

Brands must ensure that any promotional prize matches the effort needed to enter; so if you learn what your consumers think about your promotions, you'll be winning half the battle. If consumers are required to invest time in creating or developing something, everyone other than the most hardcore brand fans will need a little sweetener to do so.

But it is not just the financial incentive which attracts consumers to such competitions. It is the opportunity to tap into their passion for a company and its products and be a part of the brand.

WHAT  ARE SAVVY SHOPPERS AFTER?

More recently Starbucks tapped into, not just its audience’s ideas, but their creative ability too. The coffee chain ran its White Cup Contest in 2014, asking customers to design a new limited edition Starbucks cup by doodling on their cups and submitting their entries.

Over three weeks, nearly 4,000 customers submitted entries, capturing people’s imaginations and - like Walkers - demonstrating that they valued their customers’ input.

Use online and offline channels to maximise reach and interactivity

Others combine User Generated Content (UGC) with events. Health and fitness supplement specialists, SCI-MX recently ran an interactive promotion to raise brand awareness and audience engagement among 18-34 year olds with a passion for health and fitness and an interest in supplements.

The campaign, Be The Boss, urged consumers to upload videos of themselves doing inspiring and incredible activities - in or out of the gym - which showcased their physical capabilities.

Participants were incentivised with the headline prize - a fitness holiday in Ibiza - as well as other prizes including cash vouchers, all organised in conjunction with travel marketing specialists, ProTravel. People’s videos ranged from tyre flipping and base jumping to circus acrobatics.

10 people made it to the final event in Birmingham, where they had to take part in a test of strength and stamina to be crowned The Boss. The brand saw greater levels of interaction from customers both throughout the campaign and afterwards.

Ensure that creative submissions are useful

Successful engagement involves coming up with not just a compelling idea that will inspire people to participate, but identifying which creative assets will be valuable going forward.

As a recent HubSpot blog post notes, “Remember, you aren’t running your user generated content (UGC) promotion out of a sense of altruism - you want to end up with something tangible that can be repackaged and used in your future marketing materials. So as you design your promotion, consider the types of “entries” that you’ll accept. Pictures, videos, or testimonials are all powerful content types that can be easily converted for advertising purposes.”

Successful engagement campaigns will keep on running beyond the campaign’s official duration, thanks to the momentum and viral potential of UGC assets.

Consumer involvement in promotions can also provide key insights for brands, who can learn from the sort of content created and shared, and better understand which consumers like to engage with which products, and how. This information can help to shape future campaigns.

Heineken challenged the public to be innovative…

Heineken regularly calls upon its customer base for inspiration, most recently challenging the public to ‘reinvent the draught beer experience’, asking customers to bring their ideas alive with videos, images and text.

Consumers were incentivised with the opportunity to participate in a two-day workshop in Amsterdam, working with Heineken experts, bartenders and consumers (including comedians, like below) to improve their ideas, as well as winning US$5,000.

Hundreds of ideas were submitted. The winning entry involved infusing new flavours into the foam of the beer during the skimming process, enabling consumers to taste fresh flavours in every sip.

And while engagement is key, trust plays also drives the success of a campaign.

As Matthew Hutchinson noted on salesforce.com last year, “Consumers trust content produced by their peers far more than what is created by marketers, and they reward brands that deliver UGC with engagement.

“Consider that 92% of consumers trust online content from friends and family above all other forms of brand messages, 50% of consumers find UGC more memorable than brand-produced content, and 53% of millennials say that UGC has influenced their purchasing decisions.”

The compelling case for consumer involvement

There is a clear move towards greater interactivity and engagement in brand promotions, and there is a strong business case for it.

As Campaign noted earlier this year,:

“On one level, advertising is facing its toughest test yet. One in five Britons are using ad-blocking software, while 89% of advertising is not noticed or remembered at all. On another level, consumers are letting brands into their lives like never before. They are making brands an ever-more visible and vibrant part of their lives. They are endorsing them and promoting them. They are actively involving themselves in the world of brands.”

Indeed, Campaign now runs a Participation Brand Index aimed at understanding how modern brands are capturing the hearts and minds of consumers. The magazine concludes that, “Overall, we found that the UK is ready for, and expectant of, a more involving relationship with brands".

He says this is because millennials would rather tell people about something they have done rather than something they own, and because they can effortlessly share such experiences on social media.

“In the new world you create an amazing experience,” Leith said. “Not only do you want to get involved in it, you give up your time, get in a queue, wait to do it and then share it online because you are happy to.

The two-day, pop-up event in London took fans into an underground flavour lab where they learnt about the five key tastes: salt, umami, sour, sweet and bitter.

Participants were then invited to create their own flavour for a competition. The winner – Twisted Honeycomb – became a limited edition Propercorn which went on sale in September for four months.

Within a month the site had attracted 12,500 entries averaging 4.5 minute dwell time.

Five finalists were chosen and the public were able to vote for the winner on Facebook.

The opportunities are boundless

From inviting consumers to create and share videos, photos and ideas, to inviting them to physical events, brands are being increasingly innovative about how they shape promotional campaigns.

And as advertising becomes more challenging and consumers more willing to engage with trusted brands, the opportunities to stand out are only limited by brands’ imaginations.

Ready to learn more? Clicking below is a great place to start... 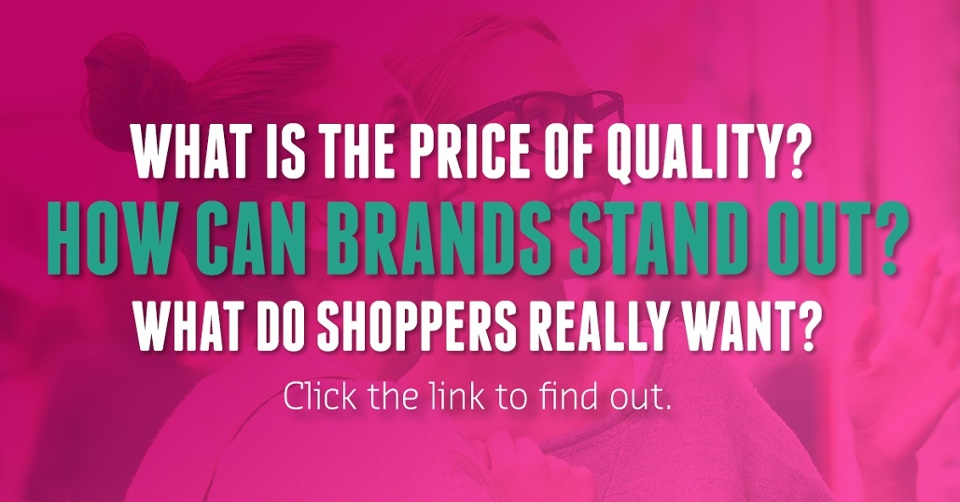